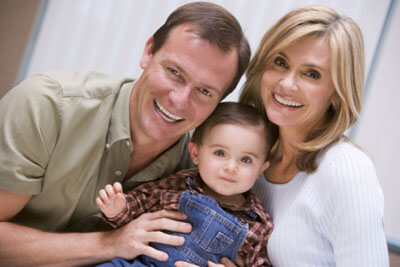 ICSI or intracytoplasmic sperm injection in Spain encompasses the complications in which a man’s sperm cannot penetrate the outer layer of the egg due to impediments with the sperm. ICSI Is used to inject a single sperm into an egg to enable fertilization.

As recognized forerunners in IVF, IVF Spain beholds a unique low-cost ICSI program to bring the joy of parenthood to more couples than ever before.

IVF doctor in Spain regulates the timing of ovulation and prescribes medication to stimulate the ovaries for increased egg production.

Regular blood tests and vaginal ultrasounds monitor the ovaries to determine paramount time for egg collection. Hormone injections are given to help mature the eggs.

IVF specialist in Spain inserts a very thin needle into the ovary follicles and uses suction to remove eggs individually. The needle is attached to an internal ultrasound probe to guide the specialist through the procedure.

Sperm is collected from the male partner using various methods of sperm retrieval. The sperm is then washed and analyzed.

To increase the chance of fertilization, ICSI is introduced. ICSI injects the sperm into the center of the egg’s cytoplasm. After the sperm has been placed with the egg, fertilization occurs. For embryo transplantation to be successful, the fertilized cells are left to multiply before being inserted into the uterus.

Embryos are transferred into the uterus 1-5 days after fertilization. It is becoming common for IVF specialists in Spain to implant embryos 5 days after fertilization, during the blastocyst stage of development, to ensure the embryo is mature. Embryo implantation is usually painless and is performed as an outpatient procedure. Using a catheter, embryos are transferred into the uterus through the cervix. The patient is required to rest for 2 hours after the procedure before returning home.

A pregnancy test will be taken 10-14 days after the embryo transfer. If the IVF cycle has been successful, women will experience a normal pregnancy.

Risks and Side Effects of ICSI

One concern with ICSI is the potential health bearing passed on to the offspring. Because it is possible that a weaker, poorer quality sperm might be employed during ICSI, congenital defects may be passed on at a higher rate than naturally or with other methods of IVF.

Couples who want to conceive using ICSI are still advised to evaluate their family history for genetic diseases and disorders and discourse any concerns with their IVF specialist in Spain. You can also consider pre-implantation genetic diagnosis (PGD).

Due to ICSI being used in conjunction with IVF, the risks of IVF also exist; namely, increased chances of are associated with multiple gestation and an increased risk of congenital abnormalities. Regardless, the absolute risk of any of these conditions remains low and ICSI is offered in Spain under the safest care and diagnosis.

Success Rates of ICSI in Spain

The IVF success rate depends on many factors: the age of the woman, the number of transferred embryos, the quality of the embryos, and the fertility clinic. The conception per IVF cycle produces an estimated 10-50% success rate.

Utilizing the most advanced fertility technologies, clinical expertise and compassionate staff, our world-class fertility clinics in Spain provide reproductive endocrinology and infertility services at its best.

Get a FREE quote for IVF with ICSI