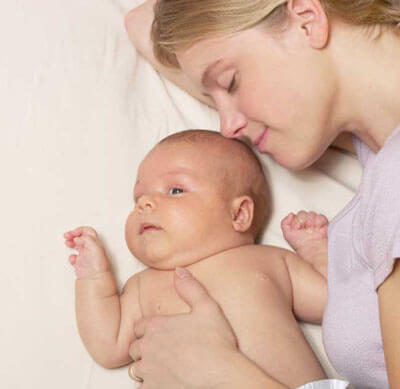 IUI entails sperm preparation and uterine injection, and heavily relies on healthy sperm to fertilize an egg. The IUI process bypasses the cervix, allowing the sperm to target the ovaries without being slowed or stopped by the lower portions of the reproductive tract. For this reason, ICI (intracervical insemination) is rarely used.

The new chapter of your fertility journey starts with the maximum quality of care established by a team of IVF doctors and staff who are fully committed to you. When traveling to Spain, IUI is provided by renowned specialists who have helped develop technical revolutions and advanced guidelines.

The cost for intrauterine insemination (IUI) in Spain is substantially less than the cost of other infertility treatments. The lower costs are attributed to the less complex requirements.

IUI is most often recommended as an infertility treatment in cases where couples have been unsuccessfully trying to have a baby for at least a year and other causes of infertility have been ruled out.

IUI Spain may be best suited for:

Women who do not regularly ovulate may take medications and use IUI to time insemination with ovulation. IUI is helpful when a woman’s cervix has scarring that prevents the sperm from entering the uterus.

IUI is most commonly used when the male partner has a low sperm count or if the movement of the sperm (motility) is less than ideal. IUI is useful for couples that are infertile because the male has problems developing an erection or being able to ejaculate.

Men may collect and freeze sperm for future use before having a vasectomy, testicular surgery, or radiation/chemotherapy treatment for cancer. The sperm can later be used during IUI.

IUI is performed when couples use donor sperm from a man who is not the woman’s partner to build a family.

The IUI procedure in Spain includes:

Monitoring of the drug treatment is conducted to measure the growth of follicles and to control the drug doses based on the patient. Because fertility drugs can produce multiple eggs, monitoring is also needed to reduce the risk of multiple births. Blood tests are used to measure estrogen concentrations, and an ultrasound is used to measure follicular development. When monitoring shows the maturity of at least two or three follicles, the patient receives an injection of the hormone hCG (human chorionic gonadotropin), which will induce ovulation.

On the morning of ovulation, a sperm sample is provided by the male partner. Once collected, the  sperm is eradicated of seminal fluid. This process can take up to two hours to complete.

IUI is performed near the time that the female partner is ovulating. The actual IUI procedure uses a thin, soft plastic catheter to deposit a small amount of concentrated drops containing millions of highly motile sperm into the top of the uterus. IUI generally takes 1 to 2 minutes. Thousands of motile sperm will make it to the fallopian tubes.

After the IUI procedure, pregnancy testing and early ultrasound monitoring are conducted at appropriate intervals.

The success rates of IUI Spain yields about a 30 percent conception rate over three to six cycles, or 5 to 10 percent per cycle. In cases without treatment, couples endure one to three percent.

Risks and Side Effects of IUI

When proceeding with intrauterine insemination procedure, the chances of pregnancy are elevated when you sustain a healthy lifestyle.

Talk to your IVF specialist in Spain on how to make the best healthy lifestyle changes before starting the IUI procedure.

Understanding Your Role – Recovery from IUI

Recovery from IUI is minimal and allows you to continue normal activities immediately. Report anything unusual that occurs including fever or pain.

Get a FREE quote for IUI (Intra Uterine Insemination)